A team of 27 gymnasts headed to Stoke at the weekend, along with their coaches and support team.. yes we mean the army of parents and supporters that tagged along, probably beating the number of Spelthorne Gymnasts! We are so lucky to have everyone in the stands cheering on the gymnasts. Especially this weekend as the stakes were higher, gymnasts were competing for the titles of “British Acrobatic Champions” NO PRESSURE!

Friday started with podium training, a chance to get some practice on the floor, test out the springiness and orientation for the judges. Not like any of these gymnasts are strangers to Fenton Manor.

Saturday, the first day of competition, qualification rounds for all gymnasts. An early start for all, but an exciting one. We had our 11-16 Men’s Group kicking off the competition and setting the standard for the day. Bradley, Jack, Jake and Harry looking very mature and experienced on the floor. The boys have improved hugely over the last 12 months, but were they going to be able to better on the Silver they won at the British last year?

Following the boys, we had our 11-16 Men’s pair and Mixed Pair, both of the cheeky routines impressing the crowds and putting them in great positions ahead of their second routines. Andrew and Archie are no strangers to this venue either, gold last year but would they retain the title? Ethan and Ruby however competing for their first British title. They looked a lot younger and are a lot less experienced to some of those in their category, however were sitting among the top in their group after the first routine.

Next, here come the girls! 11-16 women’s pairs and trio and then 12-18 women’s pair and trio. New partnerships and returning ones taking to the floor, in some very tough categories too.. no room for error here, it’s “go hard or go home”. All finishing in the top 3 after both routines, so a solid start to day one!

The afternoon saw gymnasts from 11-16 and 12-18 age groups compete their second routine of the day and our remaining competitors took to the floor with their first routines.

Frazer and Finlay, Jack and Sophie and Charlie and Adam finishing off a great Saturday. Again these competitors very experienced in their own right. Frazer and Finlay previous British champions in various age categories, Jack and Sophie competing together for the first time, and Charlie and Adam together for the first time since competing as a senior men’s four.

10 solid hours in the gym, some very tired gymnasts and supporters but everyone buzzing after a great first day, all gymnasts qualifying for finals on Sunday – Well Done!

Day two, started in a very impractical way for most… a rude awaking in the early hours with a fire evacuation from the hotel at 2am, it was not what the gymnasts needed, or anyone for that matter. But after a mishap morning in the hotel the gymnasts left behind all worries and tired faces to go on to perform medal winning routines!

A reversal in the running order on the Sunday, Senior competitors and 13-19 age groups starting the day as they still had two routines to perform. Finals then also began for the 11-16 and 12-18 age group competitors. With the slate wiped clean it was all to play for!

Spelthorne finished the morning rounds with 3 British Titles! Gold for our 11-16 men’s group and men’s pair and also gold for our 12-18 men’s pair.

Silver for Jolie, Ellie and Zemirah and also Ethan and Ruby – a huge well done to them, competing alongside some very experienced gymnasts.

The 11-16 women’s pair category also saw another medal swept up by Abbey and Hannah. A well earnt bronze medal after a very tight competition. Unfortunate though for Sasha and Poppy who narrowly missed out and had to settle for 4th place.

After a successful morning the fun continued in the afternoon. More clean routines meant more medals across the 3 colours!

Starting with the 12-18 Age group categories .. our men’s group and women’s pair gaining a gold and that all important British Title.

Our 12-18 women’s group after competing two solid routines were sat in first place. A real achievement after only a few months together, however an error in their combined routine meant they did not medal. Such a shame, showing how harsh the sport can be, going from being in first and losing it all with one error. However the girls have shown great potential so we are very excited for their career this year! 🙂

Now on to the 13-19 age groups. Jack and Sophie gaining the overall bronze medal in their category. A great achievement to both of them who are still a very new partnership against their fellow competitors.

Our 13-19 men’s pair however… like we said before they are not strangers to the floor- another solid day of competition saw them take Gold and that all important British title.

Our boys setting the standard for Charlie and Adam who followed in the senior category, these two who have transitioned from working as a men’s four to a pair, they showed skill and excellence gaining them the British title!

What a fab weekend of competition, a busy and tiring one for all of them but not much rest to be had, these gymnasts along with other Spelthorne Acrobats are heading to Portugal later in the week for the first international of the year!

I tell you it is hard to keep up, still only February but so much action already – what success will Maia Cup bring? Good luck everyone have fun and we look forward to watching along on the livestream at home. 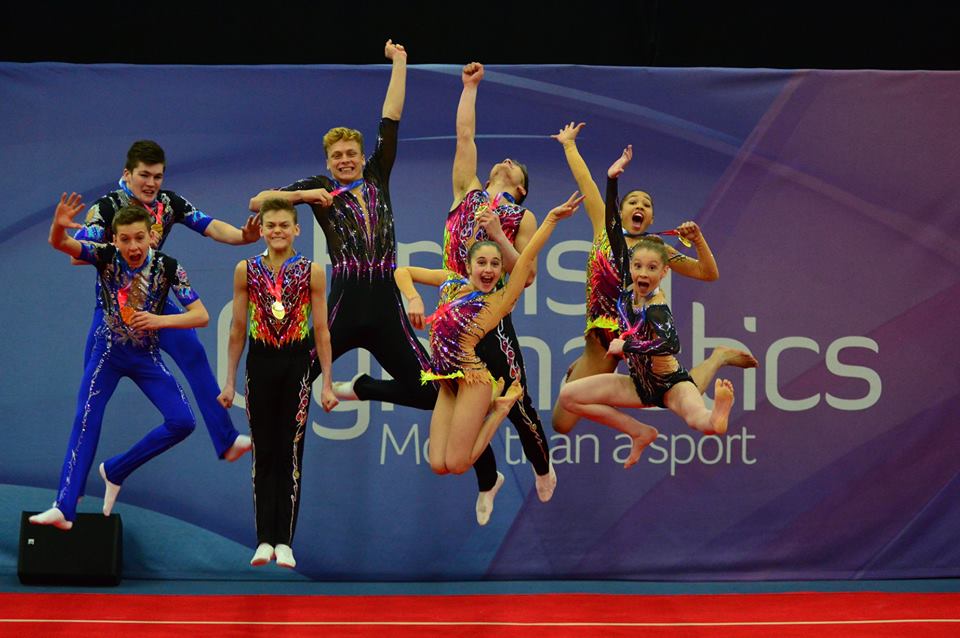 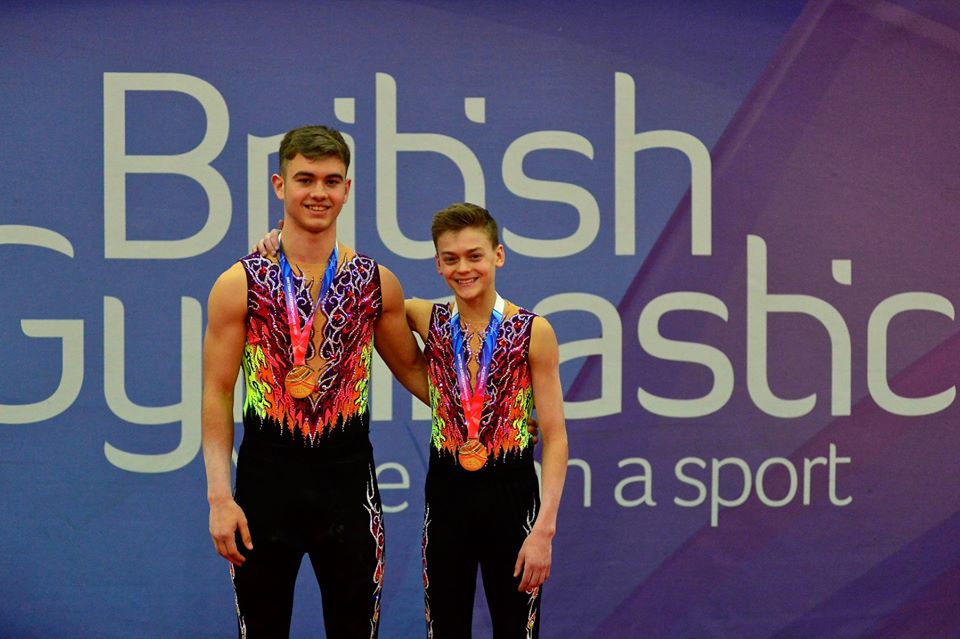 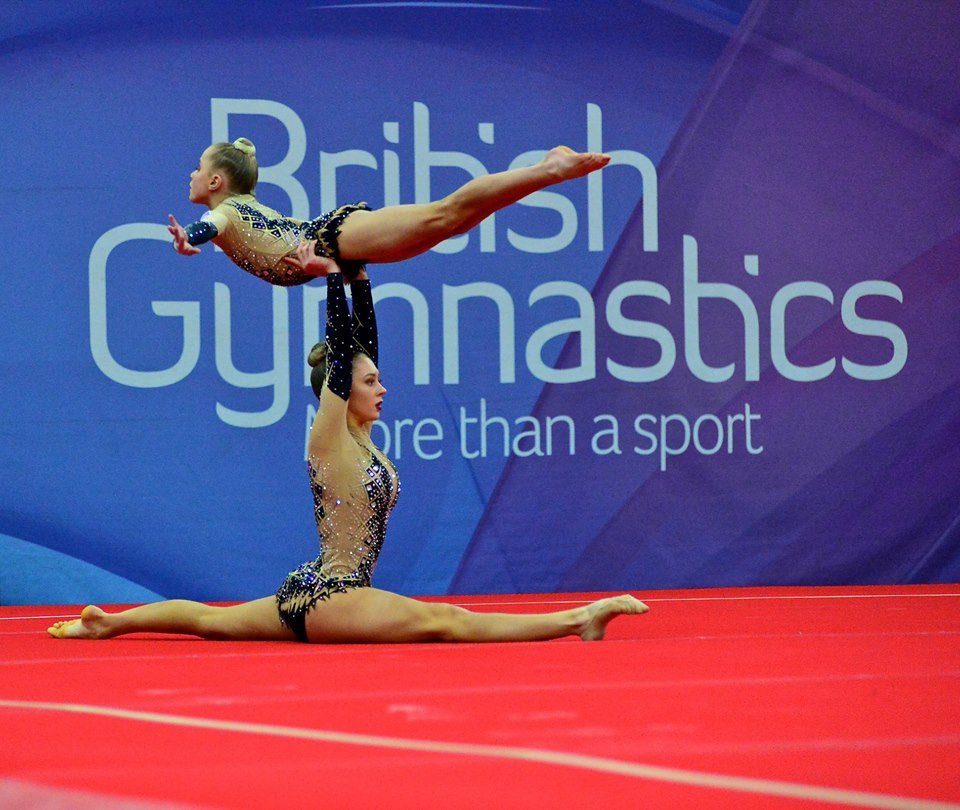 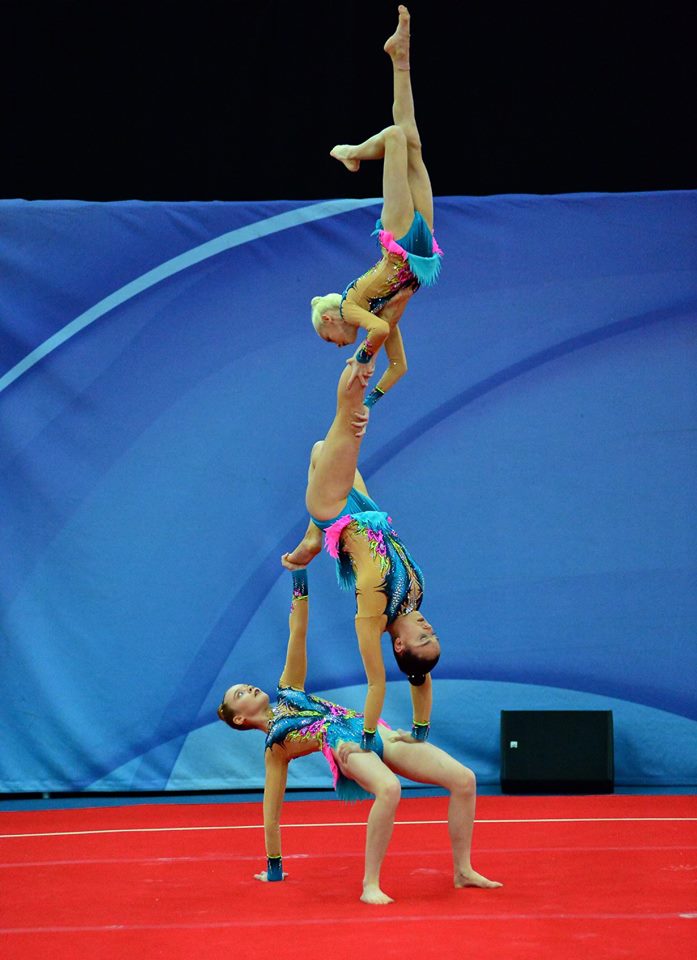 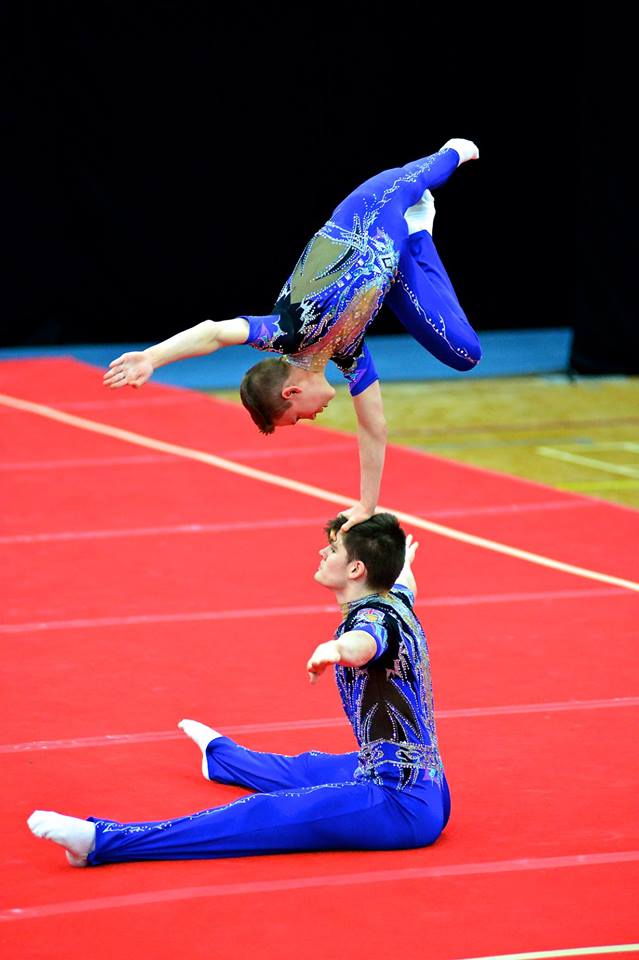 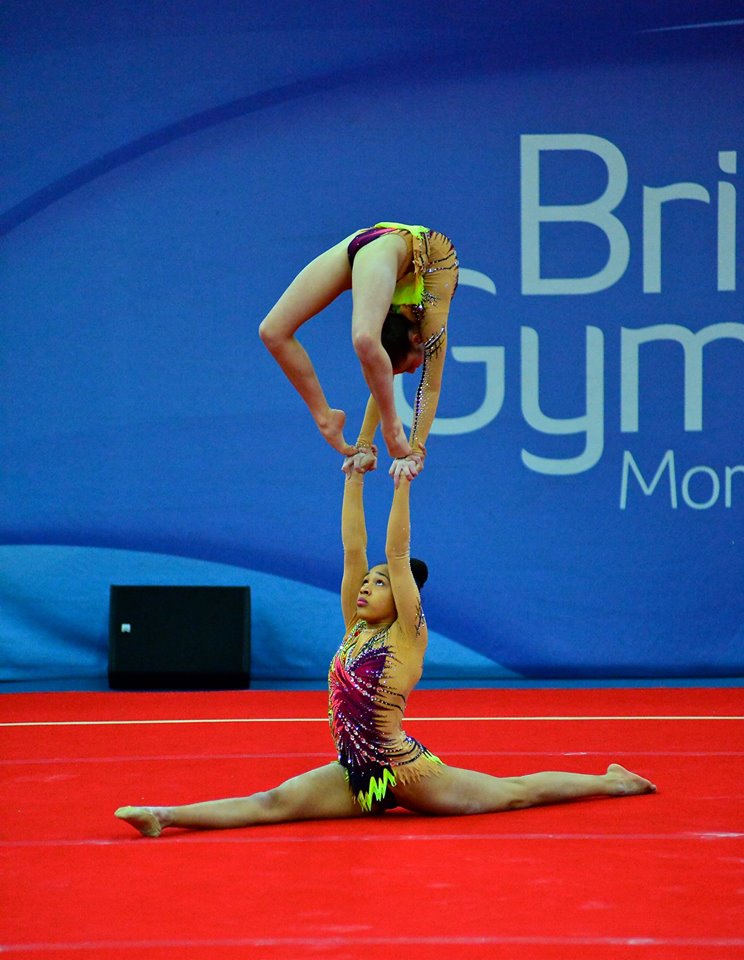 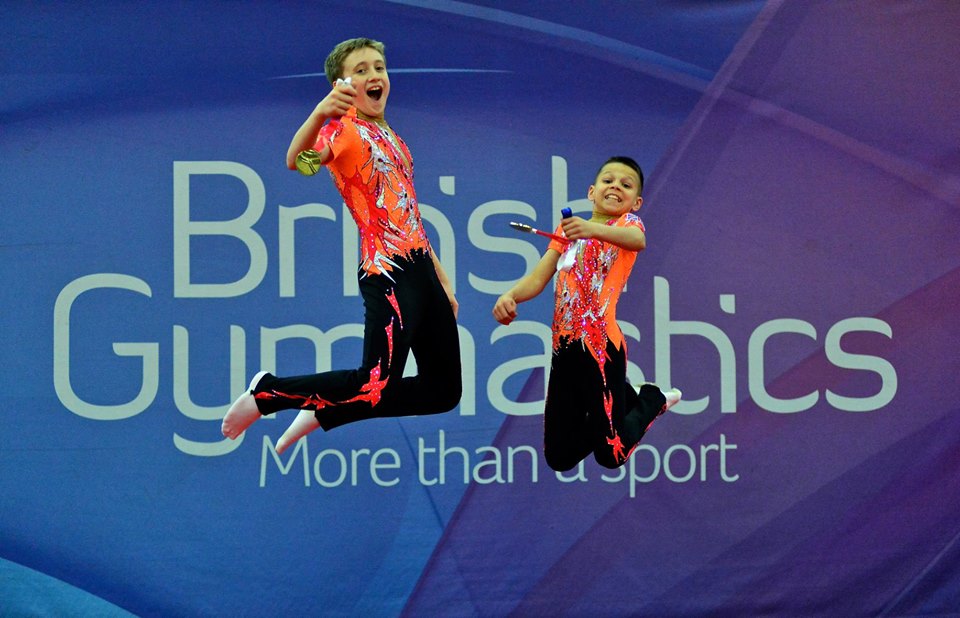 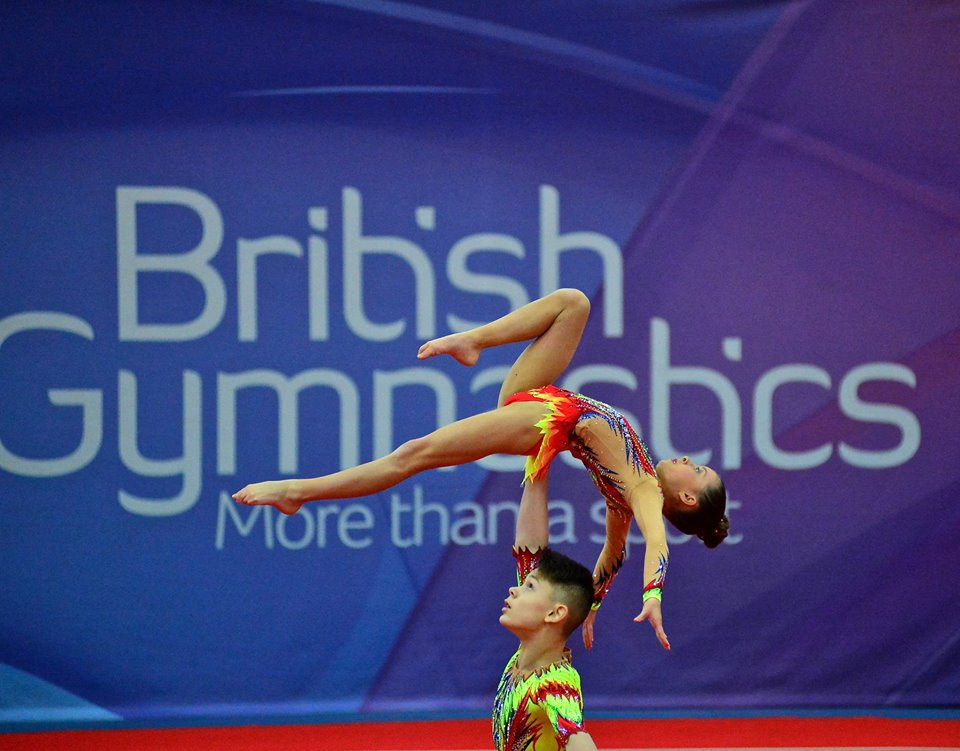 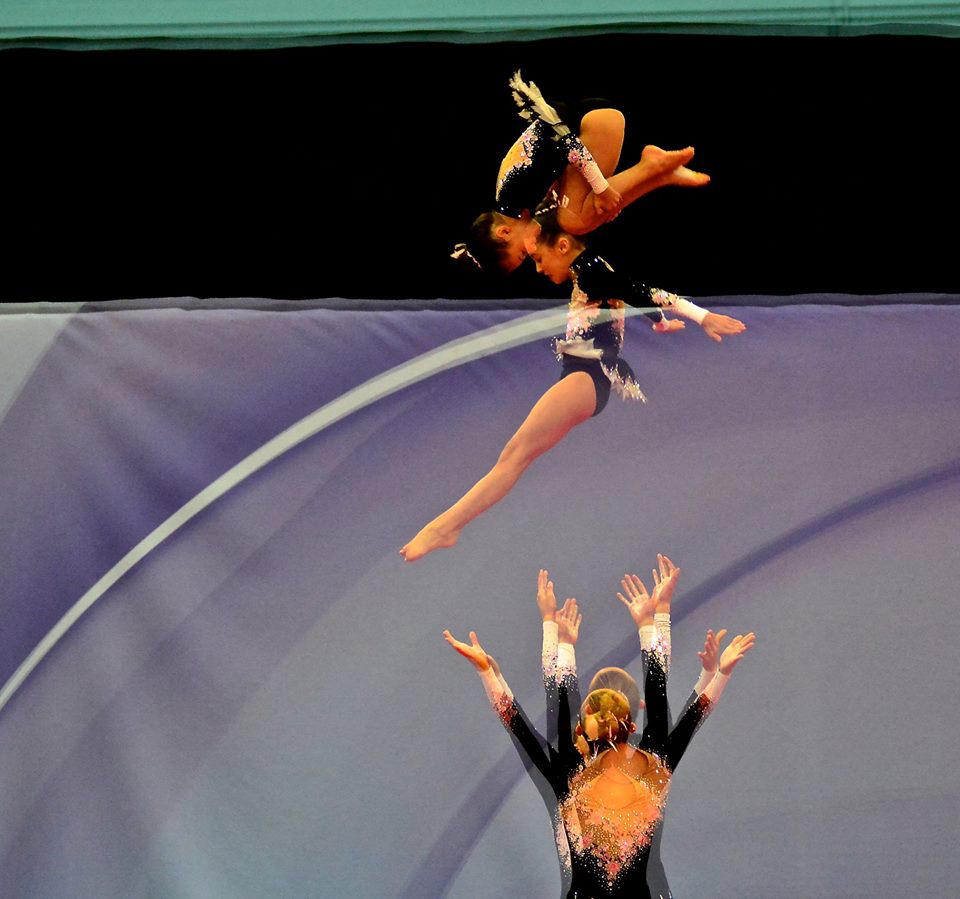 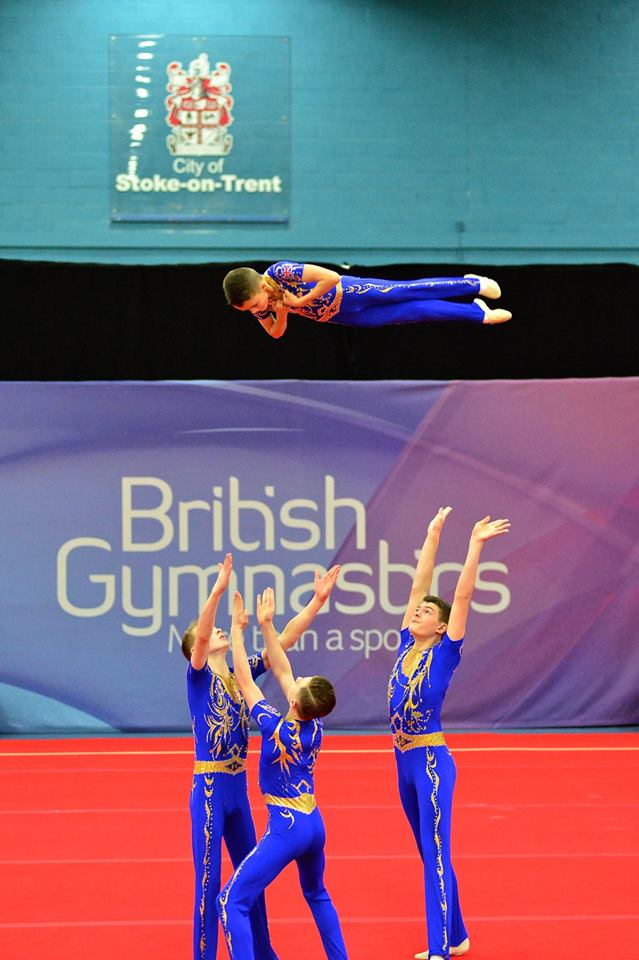 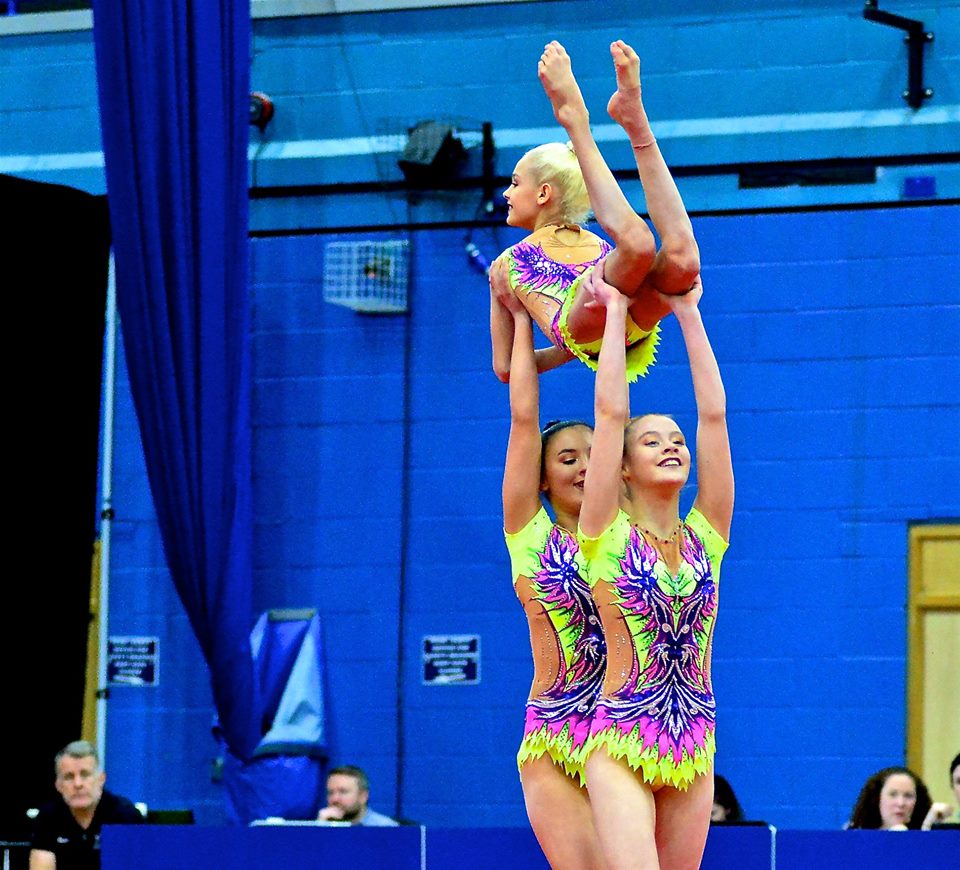 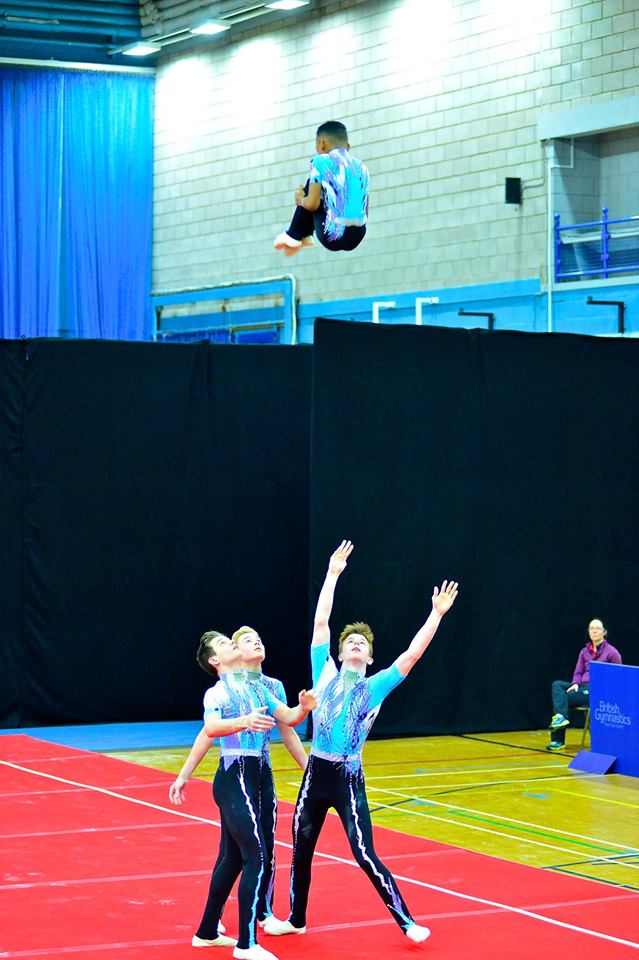 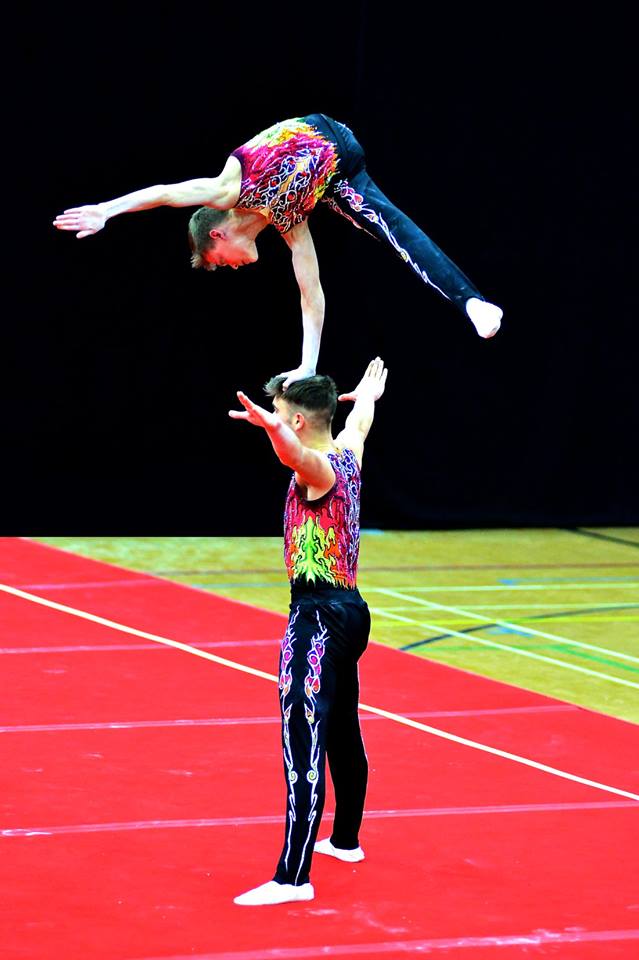 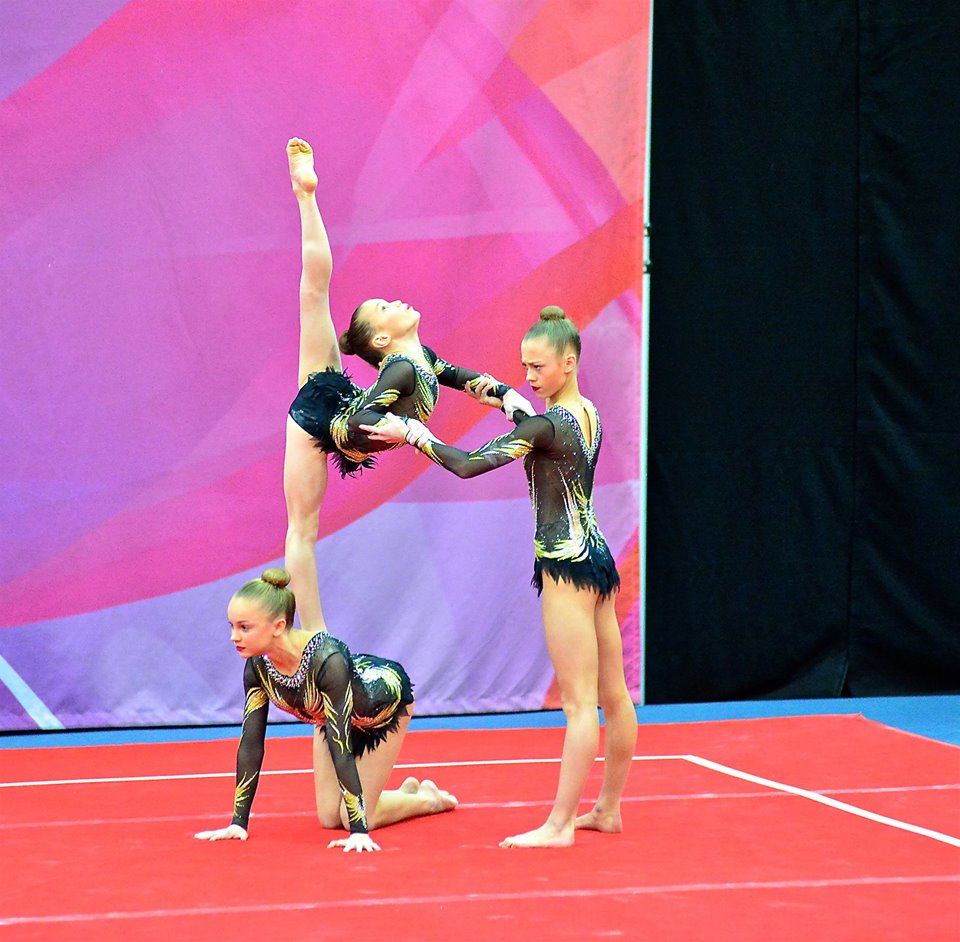 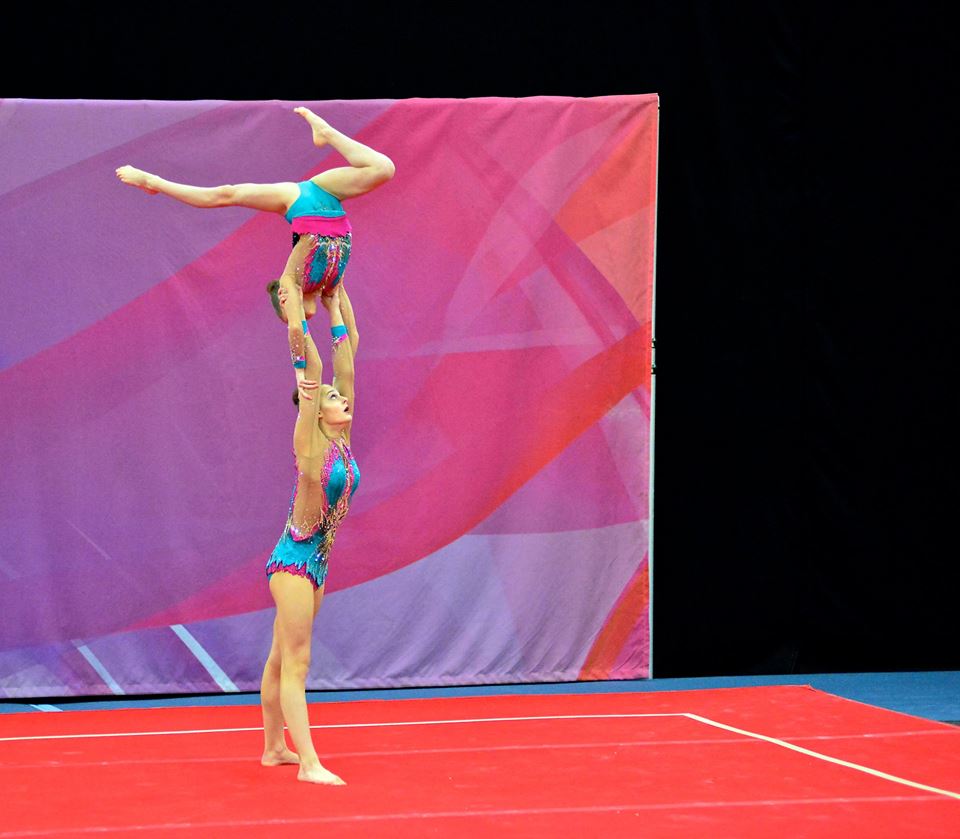 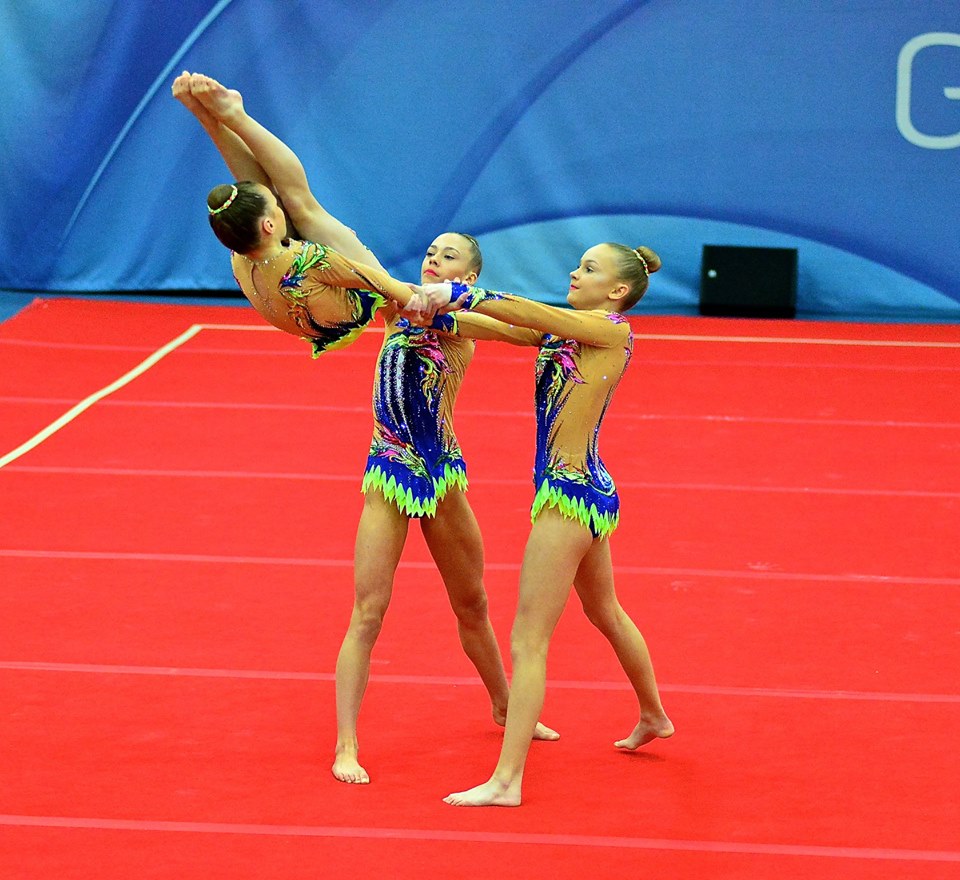 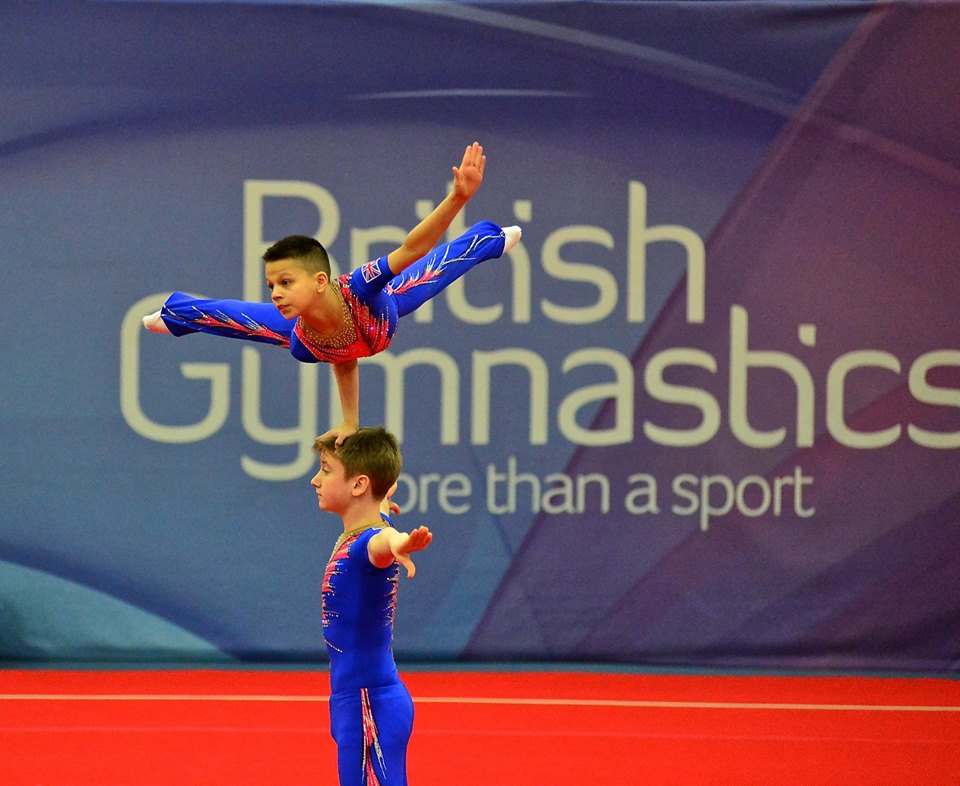 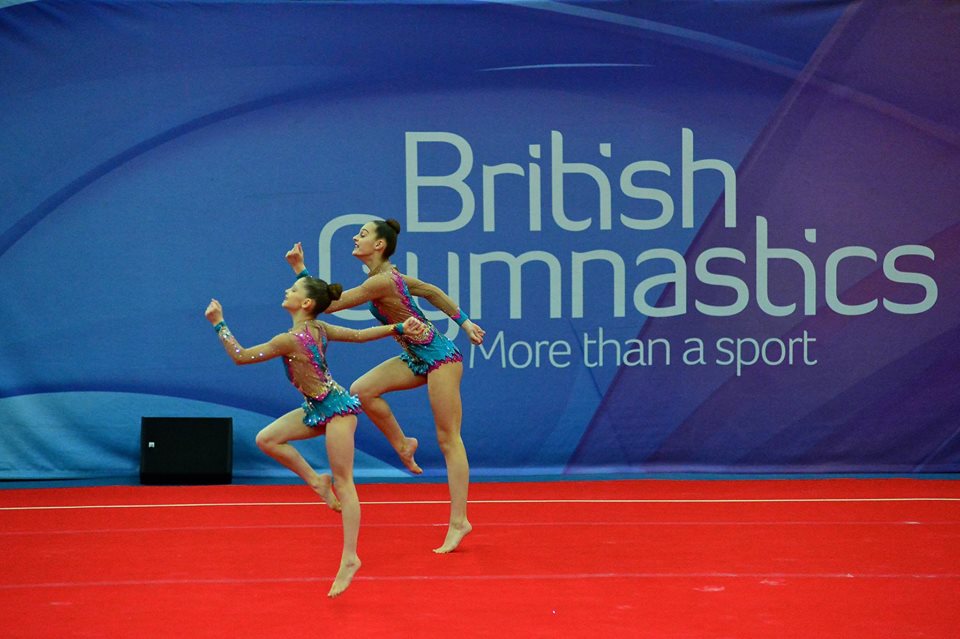 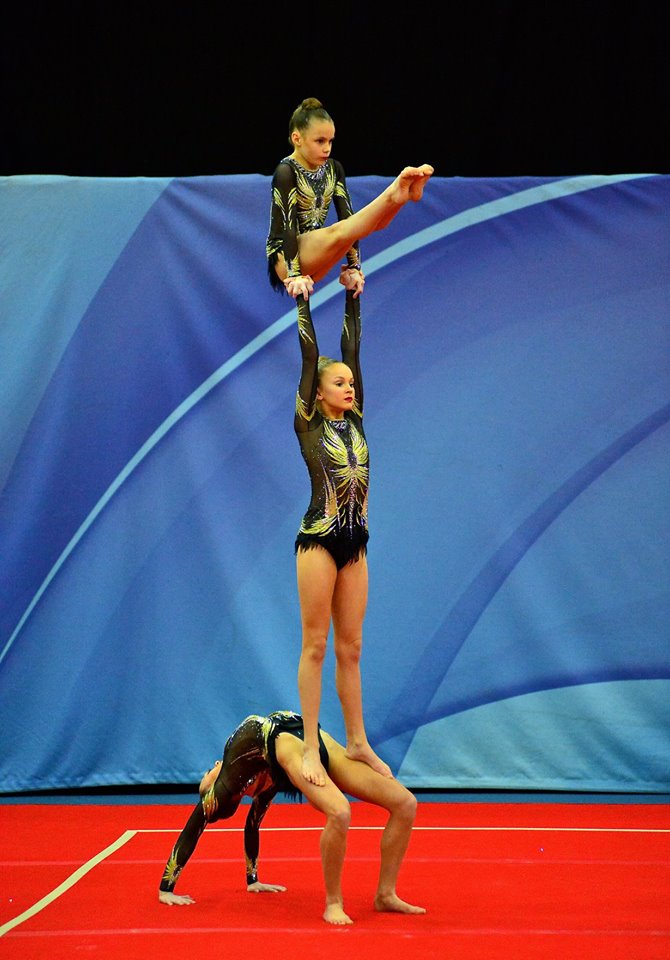 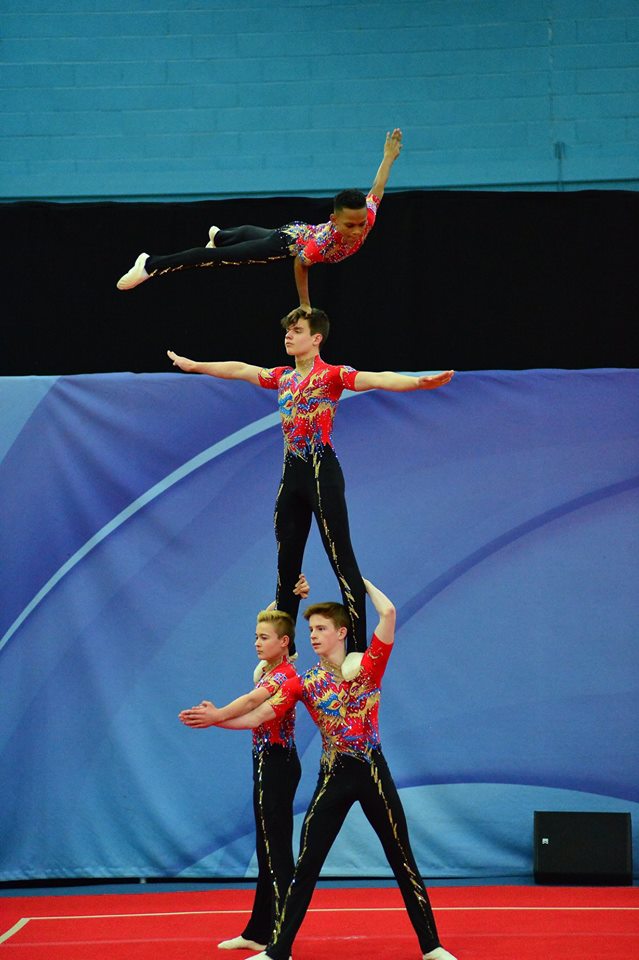 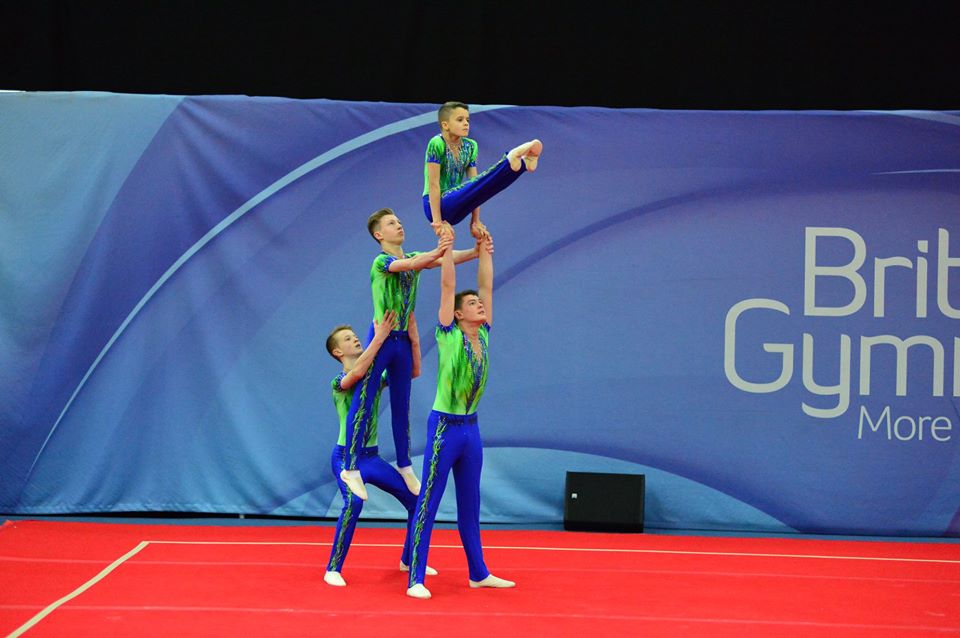 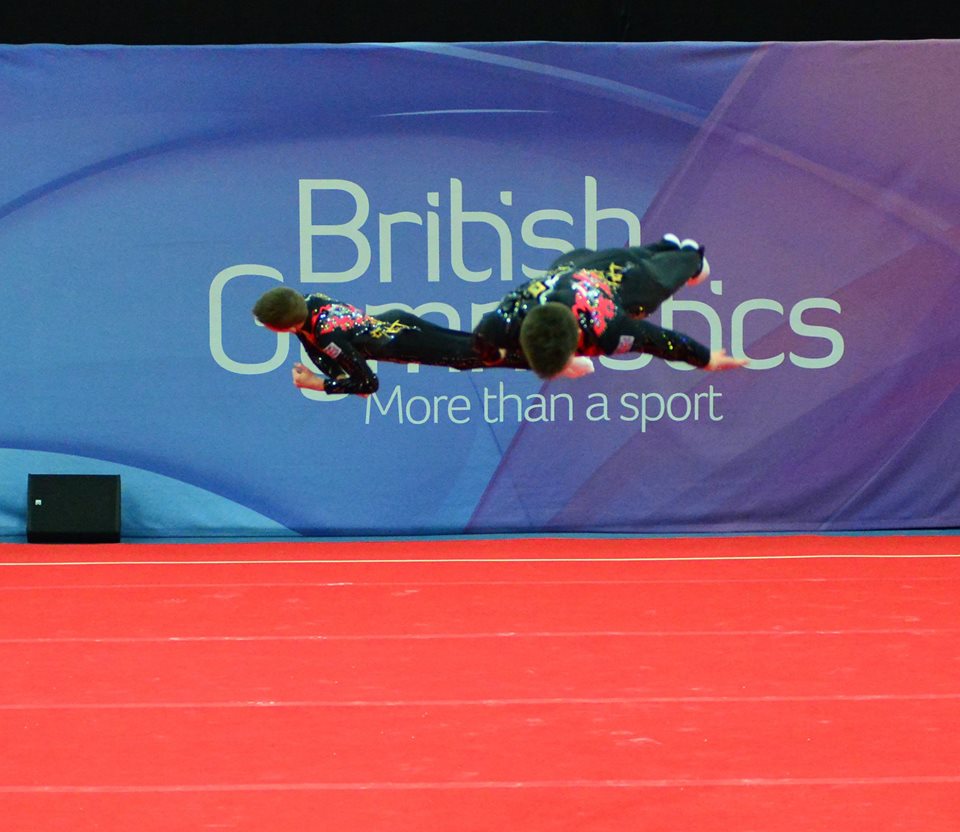 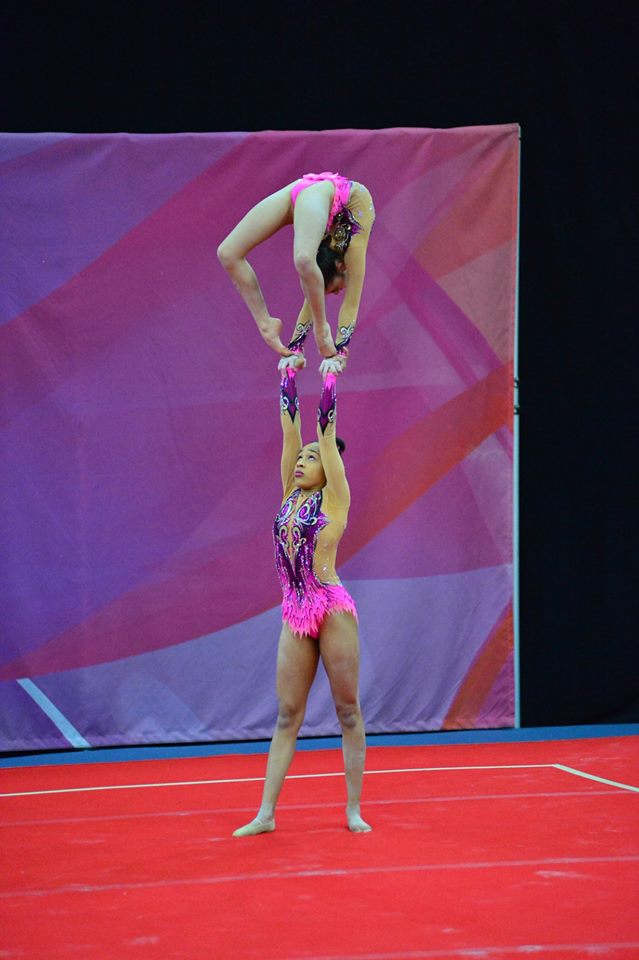 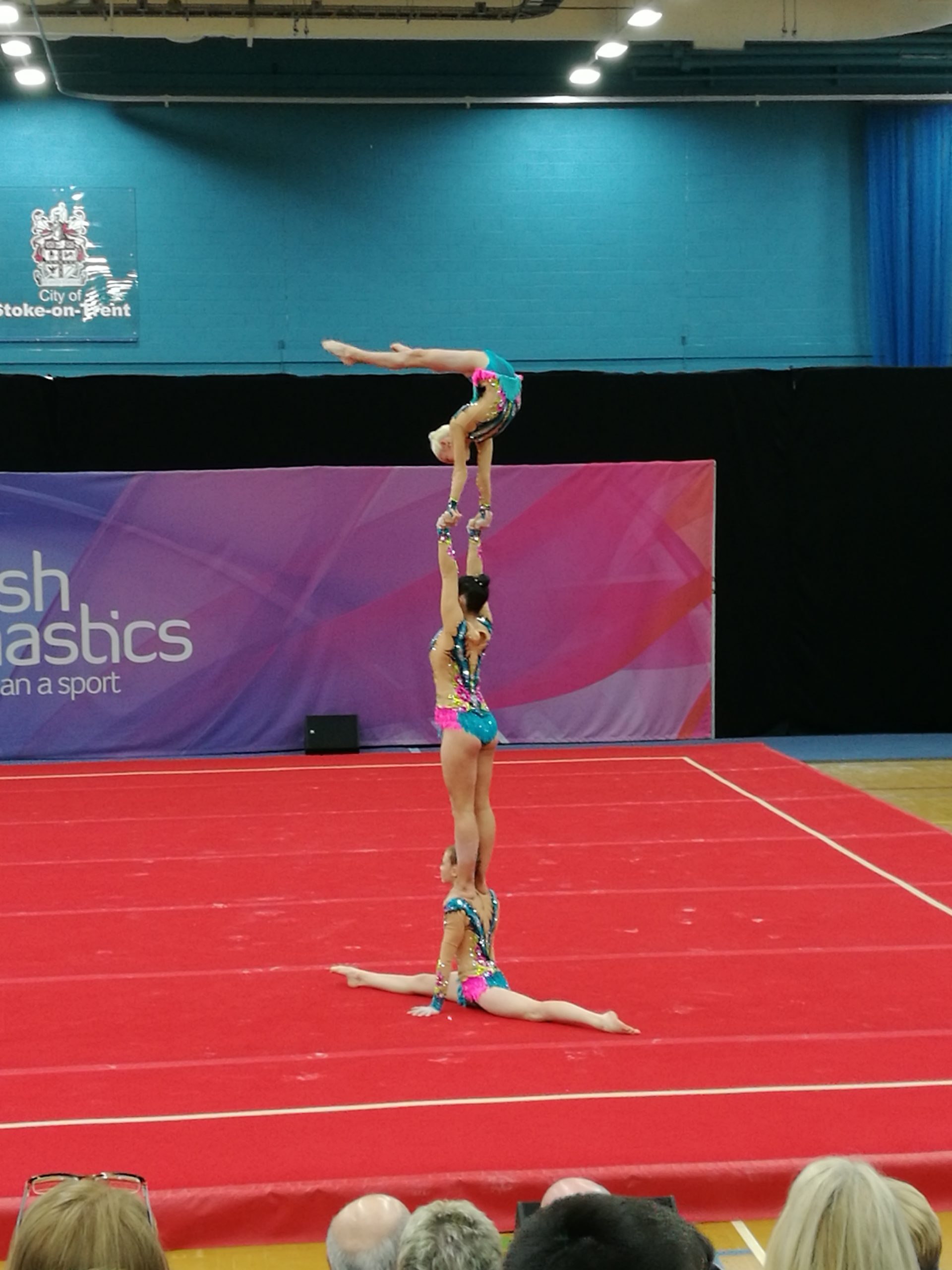 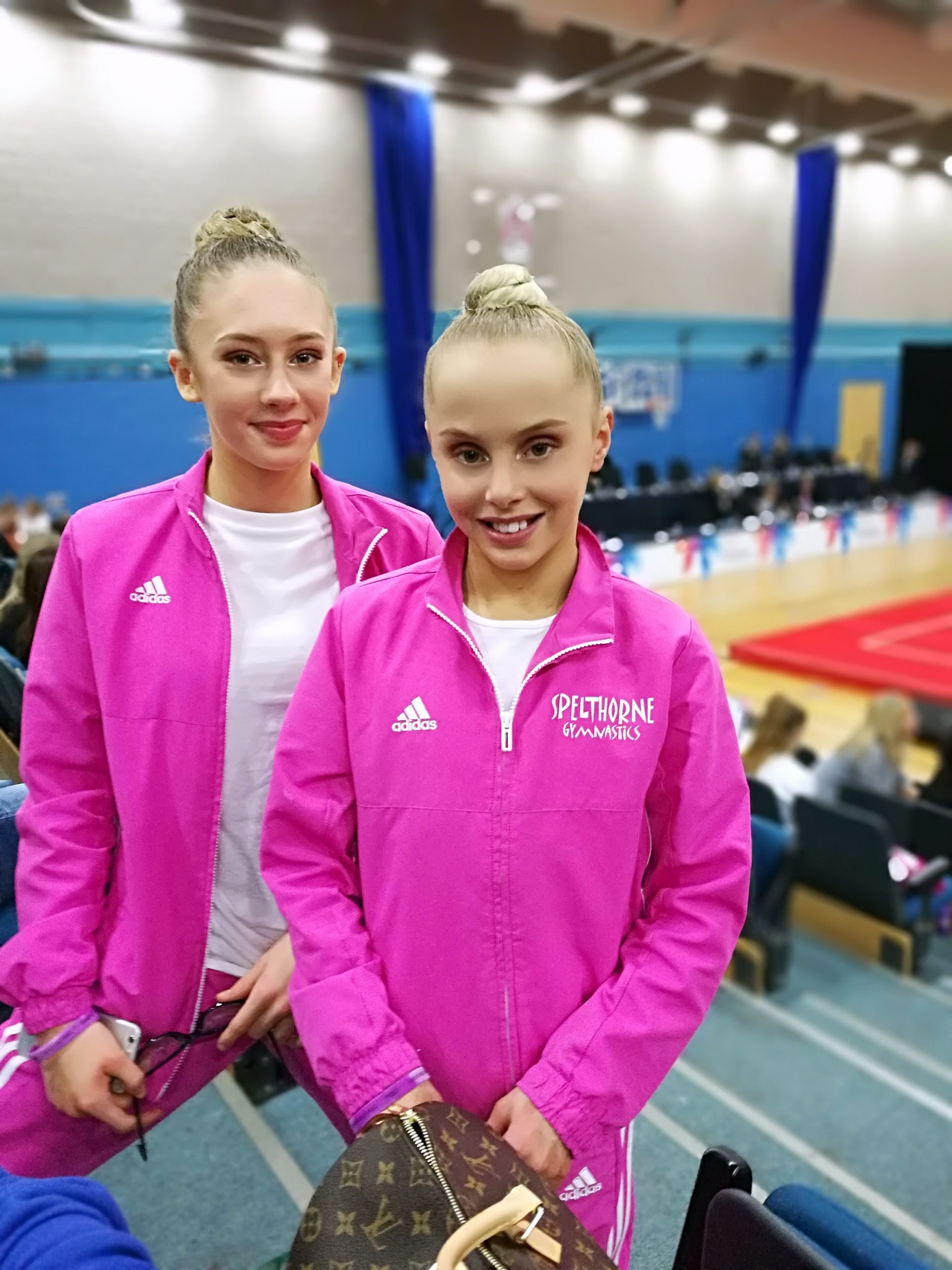 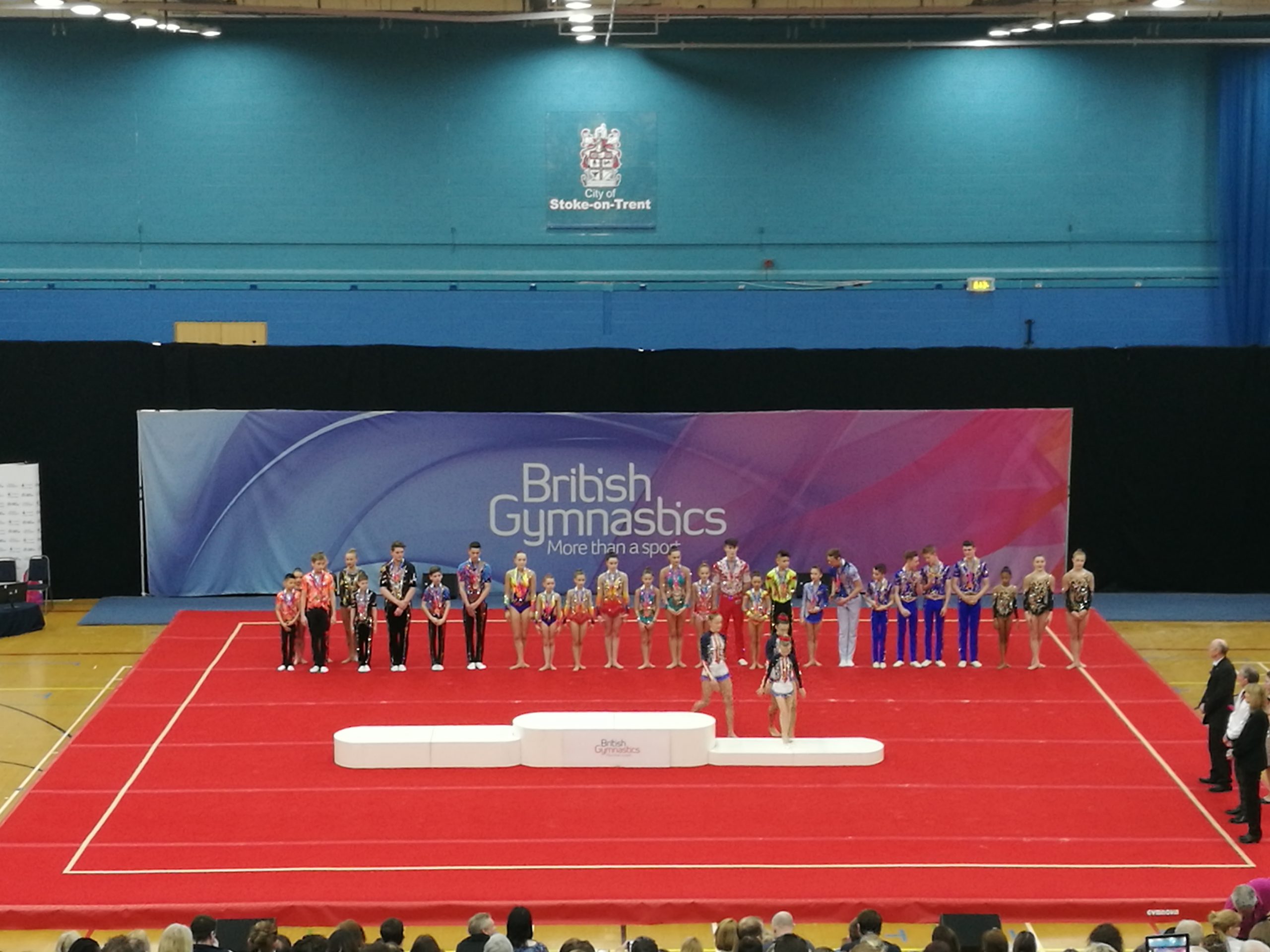 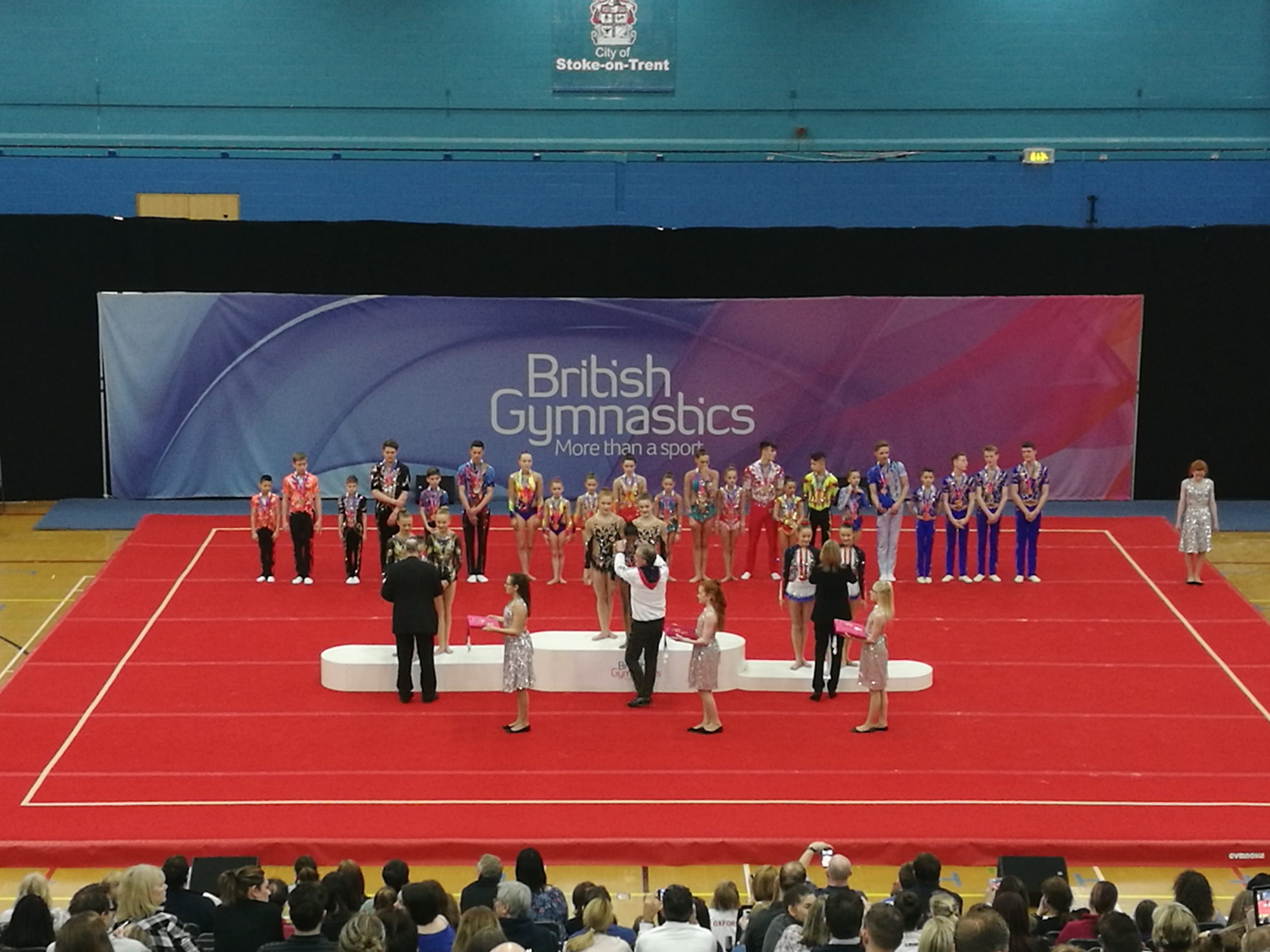