September and the first full month of training after the summer break. We had many new starters this September and many gymnasts who have progressed to new classes since the summer term.

So this month we wanted to focus on a gymnast who has recently made that transition to a new class. A gymnast who continues to show willingness and ability and because of this continued effort, has progressed to the preparation squad.

This gymnast who is now 9, started in the intermediate squad, and right away showed great potential and progression. Her continued determination and ability meant the pathway to the next level was met. This gymnast was moved to the Preparation Squad, where she has been training for about 4-5 months now.

She tries hard in every session, is a pleasure to teach and constantly shows coaches that she has the potential to be a successful gymnast.

Congratulations to Eryn George, you are our gymnast of the month for September! 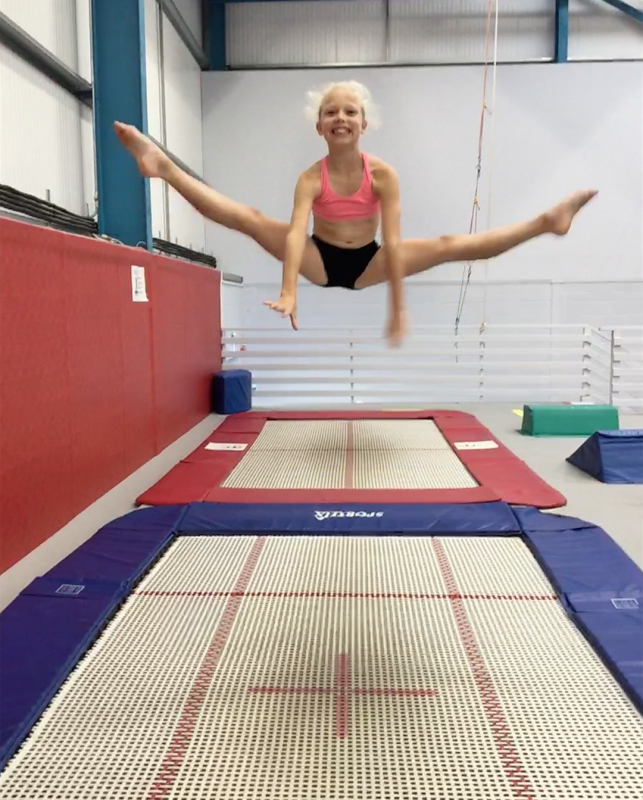